Seth and Dr. Sap bring you a podcast about Michigan's greatest teams. This episode: certainly the weirdest season ever. 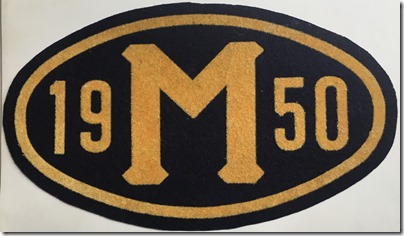 From T-Formations to the Korean War and replacing rosters of war heroes with regular ol' sophomores, we look at football as it stood in 1950. Southern football is on the map, and programs are spending insane (for that time) amounts of G.I. Bill money on building projects, especially for their football teams. Recruiting is a thing, but not at Michigan. New facilities are a thing, but not at Michigan. Revamped passing games, War babies, bowl games, the new Coaches Poll, and your fists have to be in on your chest now. 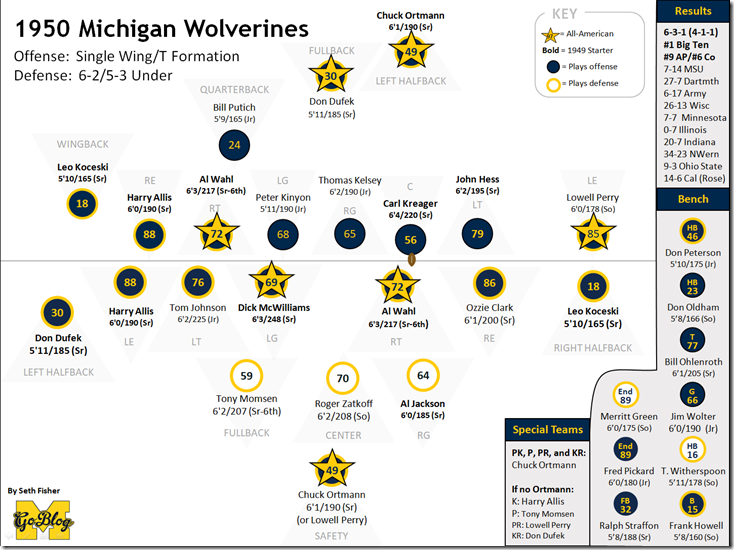 Bill “ol' One-Play" Putich for his 1 TD pass vs MSU. Not a great QB but smart. Was later moved to HB and was captain in 1951. VERY young--he turned 18 this season, as a junior. Real concern that Army was going to draft him ahead of the game. FB: Don Dufek: Chicago. Dad of Don, Bill, and Joe. Team MVP. They know him at Grand Valley as the AD who turned around the department. 702 yards on 174 carries (4 YPC) and 8 TDs--really he was averaging 5 YPC except that OSU game when he had 14 carries for 9 yards. LHB Chuck Ortmann: Star in ‘49 until he was concussed against Army. Hampered by back injury in ‘50 (could hardly bend over). RHB Leo Koceski: Was more of a slot role, see interview. 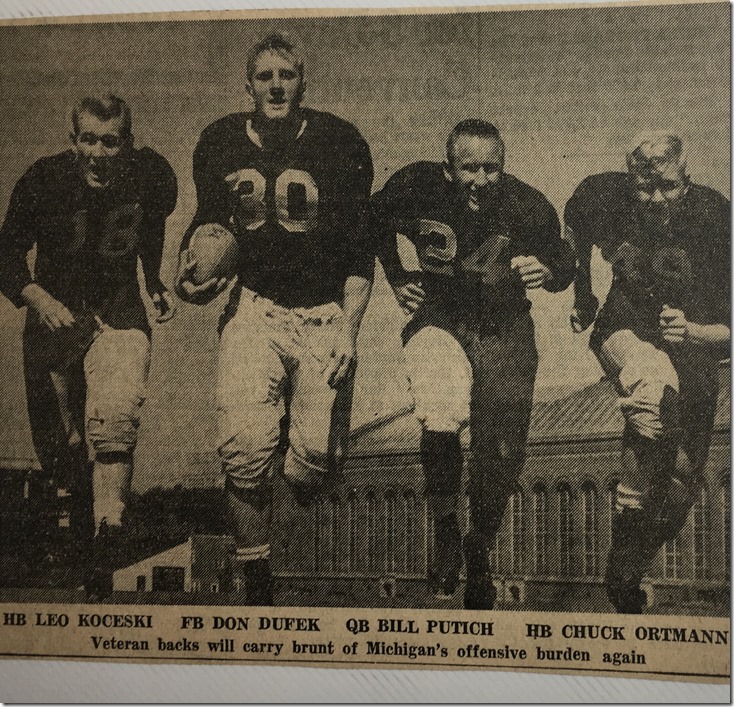 Offensive C Carl Kreager. 6’4/220. Won’t wear gloves. Backup: John Padjen 5’9/180, plays C and G. Started football program at TF South in Chicago, his son Tom was HC for 40 years, and grandson John is now HC. RT Al “Brick” Wahl. Star of the team, captain, All-American. Nephew of Herb Stager. He came to Michigan in 1945 from Chicago but joined the Army that summer and missed the ‘46 and ‘47 seasons so he’s now 23 years old and a vet. LT Tom “Big Gun” Johnson born in Chicago but from Muskegon heights. Washed dishes, competed in football and track. Was Alvin Wistert’s backup but by the time he graduated he was one of the greatest tackles in Michigan history (more on defense than offense). Second African-American to play for the Packers, after former teammate Bob Mann a year prior. LT Bill Ohlenroth: Plays when Johnson needs a breather. Defensive RG Tom Kelsey (a converted end) and later soph Jim Wolter are playing a hybrid DL/LB position. Swing OL John Hess Sprained ankle vs Minneosta. OL Ralph Stribe moved to G this year because T was strong. Defensive LG Dick McWilliams: best MG in the country. 6’3/248 and immovable. 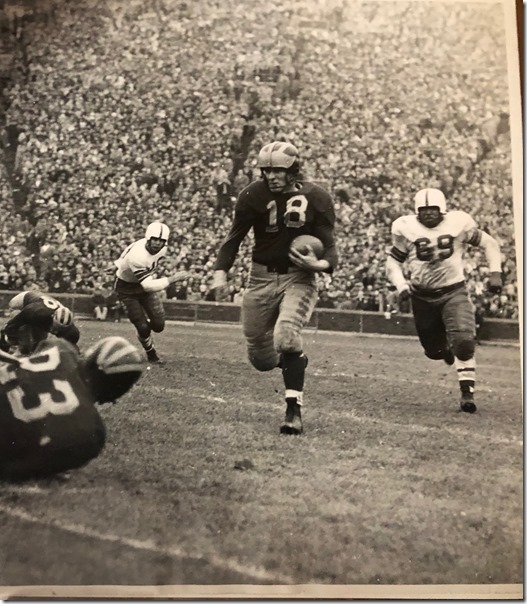 Recruiting in the late '40s, the training table rules, coming up under the Mad Magicians, Fritz Crisler's retirement, the Korean War, Dan Dworsky on the piano. The time he tried kicking. The '49 team and the comedown as the next wave takes over.

Toughest season you can get, with most of the Top 10 on the docket, starting with #9 Michigan State College, "The Football Factory" which had recently been admitted to the Big Ten and immediately placed on some kind of double-secret probation, but beat us . Dartmouth was a good team in '49 but lost a lot of guys, Michigan wins 27-7. #2 Army at Yankee Stadium began the cascade of injuries, beat Michigan 6-27. #16 Wisconsin was a nice homecoming game after the 1-2 start, a 26-13 win. But then a trip to #14 Minnesota ends in a 7-7 tie with Michigan routinely stuck on the doorstep, and an 0-7 loss to #10 Illinois in the snow is a season-killer. Or is it? Indiana goes away 20-7, and Michigan defeats a tough Northwestern team 34-23, the only giant not to lose to them. And then there's the snow bowl.

Michigan takes the train to Pasadena and beats #5 Cal. Why yes of course Sap has video of it!

Cal controls play in the first half but has their first huge run called back for an illegal formation, and misses an extra point try. Michigan figures out the trick to a team that cut blocks all the time: step back a yard at the snap then go over them. Michigan also learns the short passing game and takes it down the field to deep in Bear territory. Dufek took over from there.

It will be some time (1964) before we have another Michigan team to profile, so Sap and I go into the future, where Michigan's facilities and hamstrung recruiting are falling behind the rivals, Woody Hayes is building a dynasty in Columbus that still hasn't really gone away, and we preview a coming fight over the Athletic Department head job that'll set the course of Michigan history for the rest of the century.

Clearly the ball either had the plague or halitosis