The Sponsor: School's started and you don't know where to put it. If you're moving, talk to Matt Demorest at HomeSure Lending now and see if you can't lock in a low rate while it lasts. In addition to being more ethical, knowledgeable, hands-on, intelligent, and fun to work with, Matt didn't steal John Beilein then run him out of town.

Special Guests: These are turning into Hardcore Histories with these interviews but what are you going to do when you've got Jim Scarcelli and Johnny Kolesar joining you to talk about the team that might have been Bo's best national championship claim.

Sap and Seth set up the season because 1984 was rough. Has Bo lost it? 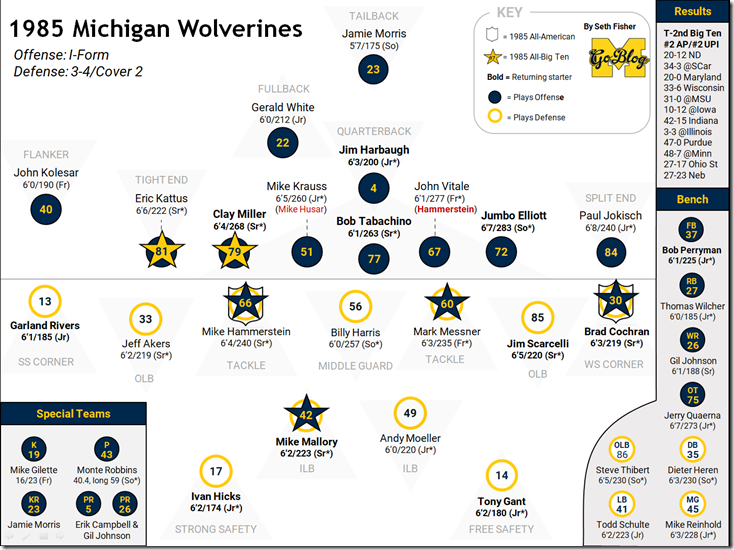 The defense has a highlight video. The offense had Harbaugh.

THERE WILL BE A PART II

Jamie was a tough little, chiseled chunk of steel. You don't see the little bastard!